“Truth is declarative being”

LAST week, I began what I intend to be a three-part study of the cardinal virtue of prudence using the insights of the German Catholic philosopher, Dr. Josef Pieper, with an eye to current events.

There is a lot of repetition in Dr. Pieper’s book, The Four Cardinal Virtues, but it is not monotonous and dull repetition. His repetition is the kind that is the true “mother of learning,” presented organically as a good teacher would do it, and in a profoundly meditative manner so that the concepts being repeated in different words become more refined in the mind of the reader.

In one of those “repetitive” passages, Dr. Pieper both defines prudence and reiterates why it is the first of the cardinal virtues:

The virtue of prudence — being the perfected ability to make decisions in accordance with reality — is the quintessence of ethical maturity (of which, of course, teachability is a great component). And the pre-eminence of prudence over justice, fortitude, and temperance means simply that without maturity truly moral life and action is not possible” (p. 31).

If knowledge of reality is wanting, how can one have the “perfected ability” to act in accordance with it? And if that ability constitutes “ethical maturity,” how is a moral life possible without it?

We seem to have a major “reality perception deficit” today, leading to an ethical maturity deficit.

This is the case with the man in the street almost as much as it is with those in the halls of power and influence in Church and State — thanks, in large measure, to the steady diet of mental “junk food” we are fed by those who trade in “information” (e.g., social media and the lies commonly called “news”) and in entertainment.

One great admirer of Dr. Pieper was our beloved mentor and founding member of our Congregation, Brother Francis, whose utterances sometimes come to mind as I read Dr. Pieper. Brother Francis used to say that reality is knowable because it is the product of a knowing Mind. Creation came from a knowing Mind and reveals itself to knowing minds.

Brother Francis loved the dictum of Saint Hilary of Poitiers, cited by Saint Thomas — and by Dr. Pieper — that “Truth is declarative being.”

Dr. Pieper applies this logic to the virtue under consideration in this wise: As created things are products of the preexisting ideas in the mind of God, so, too, “the decree of prudence is the prototype and the pre-existing form of which all ethically good action is the transcript” (p. 7), meaning that to do the good — which is the point of all the moral virtues — we must first perceive it as good, which, by that very act, joins our mind to the divine Mind. (Here it may be good to recall that the Natural Law is, to Saint Thomas, “nothing else than the rational creature’s participation in the eternal law” [ST I-II, Q. 91, A. 2]).

In the second chapter of the book, “Knowledge of Reality and the Realization of the Good,” the German philosopher develops the idea that this cognitive correspondence with reality (and therefore with God’s own creative knowledge) is the basis for ethical behavior, as when he says,

“The pre-eminence of prudence means that realization of the good presupposes knowledge of reality. He alone can do good who knows what things are like and what their situation is” (p. 10).

This idea is repeated and refined at the end of the chapter:

“Prudence, then, is the mold and mother of all virtues, the circumspect and resolute shaping power of our minds which transforms knowledge of reality into realization of the good” (p. 22).

The knowledge that lies at the basis of morally good action goes beyond merely what we can see, hear, taste, touch, and smell. There is a moral law which allows us to assess these things and to judge what right behavior is relative to them:

The prudent decisions, which, when realized, shape our free action, are fed from two sources:

‘It is necessary for the prudent man to know both the universal principles of reason and the singulars with which ethical action is concerned’ (p. 10).

But how do we know this law? Dr. Pieper answers, affirming that “universal principles of the practical intellect are given to man through synderesis,” which he defines as an “innate,” “primary,” or “natural” conscience.

In the dictates of natural conscience the most generalized cognition [knowledge] of the essence of the good becomes an imperative. ‘That the good must be loved and made a reality’ — this sentence (with what follows directly from it) is the message given us by natural conscience (p. 11).

While prudence is down-to-earth and therefore concerns itself directly with practical questions of ways and means in the here and now, it is dependent upon our knowing the universal principles of right and wrong through the above mentioned synderesis. For this reason, “The living unity, incidentally, of synderesis and prudence is nothing less than the thing we commonly call ‘conscience.’”

Dr. Pieper goes so far as to say that the words “prudence” and “conscience” are so interrelated as to be “well-nigh interchangeable” (p. 11), but there is a contrast that is made fairly clear in the above cited passage from the Catholic Encyclopedia.

Prudence is both “cognitive” and “deciding” (p. 11-12); that is, “Perceptively it is turned toward reality, ‘imperatively’ toward volition [willing] and action” — and here it is of immediate practical value to the acts of the other virtues.

The reader must keep in mind the “down-to-earth” character of prudence as informing the other virtues. Prudence is in the intellect, but it is in that part of the intellect that Saint Thomas calls “the practical intellect” (as distinguished from the “speculative intellect,” which contemplates truth in a more lofty manner). Prudence knows truth specifically as a prelude to willing and doing what is good. Or, in Pieper’s words, “The prime thing is that this knowledge of reality must be transformed into the prudent decision which takes effect directly in its execution” (p. 12).

The “mechanism” for this transformation involves three things: deliberation, judgment, and decision, of which the first two constitute the “cognitive [i.e., knowing] character of prudence,” while the last “decision” constitutes its “imperative” character — that is, its function to command this or that action.

For the perfection of the “cognitive” aspect of prudence — which Pieper perceptively calls, “the informed and receptive silence of the subject before the truth of real things” (p. 21) — three elements are necessary, which Pieper likes to enumerate in Saint Thomas’ Latin: memoria, docilitas, and solertia, that is, the memory of things as they truly are (or “true-to-being” memory, as Pieper calls it repeatedly), a docility to counsel and advice (that teachability which requires some modicum of humility), and a skillfulness or adroitness of mind that allows one to adapt quickly to changing and surprising situations. 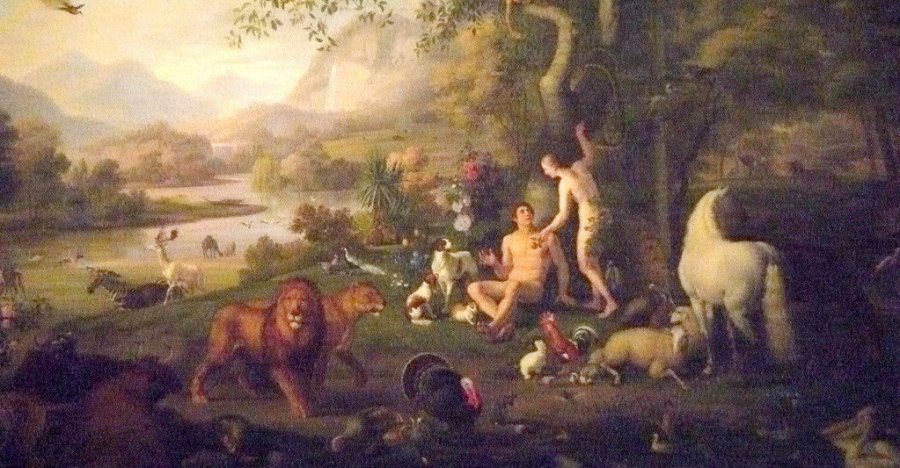 For the perfection of the “imperative” aspect of prudence, something more is needed: foresight (or “providence” [providentia], a word Saint Thomas himself identifies as the very origin of prudentia, prudence).

This foresight is “the capacity to estimate, with a sure instinct for the future, whether a particular action will lead to the realization of the goal” (p. 18).

Saint Thomas notes that “the certitude of prudence cannot be so great as completely to remove all anxiety.” Moreover, “The prudent man does not expect certainty where it cannot exist, nor on the other hand does he deceive himself by false certainties” (p. 18). But, while absolute certainty is not possible, there are sources of practical assurance and reinforcement of our foresight, and these we should take to heart; they come “from the experience of life as it has been lived; from the alertness and healthiness of the instinctive capacity for evaluation; from the daring and humble hope that the paths to man’s genuine goals cannot be closed to him; from rectitude of volition and of ultimate ‘intention’; from the grace of direct and mediated divine guidance” (p. 18). 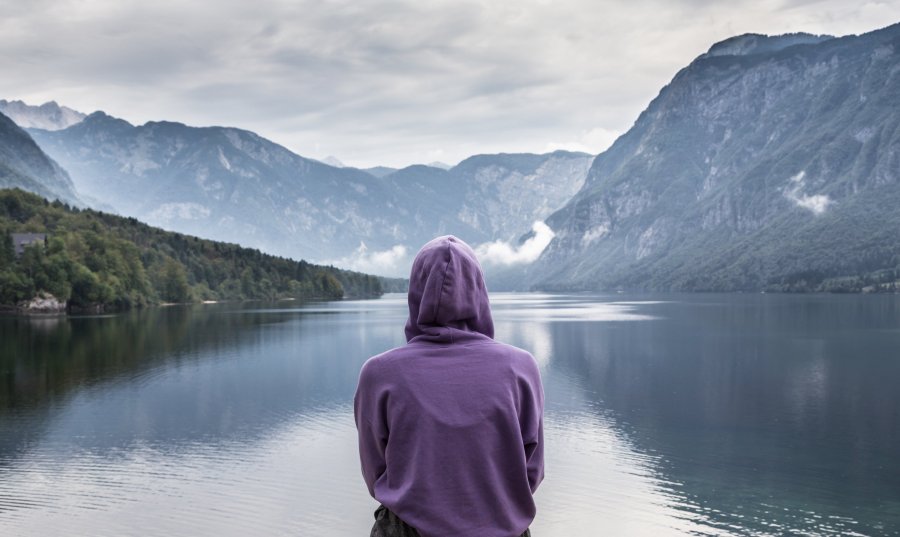 In chapter three of The Four Cardinal Virtues, “Delimitations and Contrasts,” Josef Pieper spends some pages critiquing the over-dependence of modern moralists on casuistry, explaining that there is an inverse proportion between the historical rise of exaggerated casuistry and the decline in the understanding of prudence. I will not go into this polemic here, but will instead mine a few of the rich affirmations the good Doctor marshals forth in establishing his point. Here, then are seven — a perfect number! — excerpts from that chapter:

He cites Saint Gregory the Great: “If the other virtues did not accomplish their ends with prudence, they can in no wise be virtues.” Now prudence means, as we have already stated many times, nothing less than the directing cognition [thought] of reality” (p. 25)

He quotes Saint Thomas: “But the means to the end, in human concerns, far from being fixed, are of manifold variety according to the variety of persons and affairs” (p. 25). Therefore, textbook moral “cases” are not sufficient for moral guidance. Prudence is needed, hence Saint Thomas also says, “It is exclusively the business of prudence ‘to form a right judgment concerning individual acts, exactly as they are to be done here and now’” (p. 28).

“The human self, which grows toward perfection by accomplishing the good, is a ‘work’ that surpasses all preconceived blueprints based upon man’s own calculations. Ethical growth takes place in the course of our replies, appropriate to each given case, to the reality outside us which is not made by ourselves” (p. 30).

“The man who does good follows the lines of an architectural plan which has not been conceived by himself and which he does not understand as a whole, nor in all of its parts. This architectural plan is revealed to man from moment to moment. In each case he sees only a tiny segment of it, as through a narrow crack. Never, so long as he is in the state of ‘being-on-the-way,’ will the concrete architectural plan of his own self become visible to him in its rounded and final shape” (p. 30).

“A moral theology which relies too much upon casuistry necessarily becomes a ‘science of sins’ instead of a doctrine of virtues, or a theory of the Christian idea of man” (p. 30).

After stating that it is impossible to educate a person in justice, fortitude, or temperance without first educating him to prudence, he tells us what this means: “And education to prudence means: [education] to objective estimation of the concrete situation of concrete activity, and [education] to the ability to transform this cognition of reality into concrete decision” (p. 31) 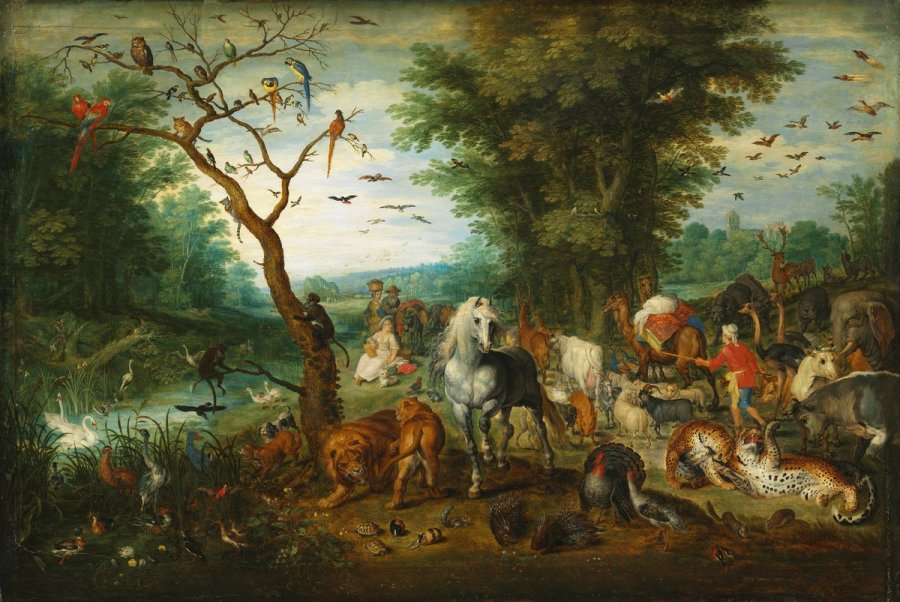 There is passing mention in this same chapter (p. 22) of a great truth that Dr. Pieper mentions elsewhere, namely, that Saint Thomas taught that prudence itself is the very happiness of the “active life.” On this point, I cite the words of another work of our German Professor’s (reproduced here):

To be sure, the active life contains a felicity of its own; it lies, says Thomas, principally in the practice of prudence, in the perfect art of the conduct of life.

In light of this end of prudence, two other assertions of Saint Thomas take on a greater significance:

“The first thing that is demanded of an active man is that he know” (p. 23); and “Bonum hominis est ‘secundum rationem esse’ — The good of man consists in being in accord with reason” (24).

If prudence is the summit of the active life by being its good and its felicity, it is not the end of our lives simply speaking. For the ultimate end of all human existence is contemplation of the truth (see here and here for more of Dr. Pieper on this). This assertion of Aristotle was elevated and “baptized” by Saint Thomas. So, whereas prudence has the character of an “end” as being the happiness of man in his active life, it is also a means to a greater end, namely, man’s ultimate happiness of contemplating the Truth face-to-Face.

And that is our Summum Bonum — our Highest Good!