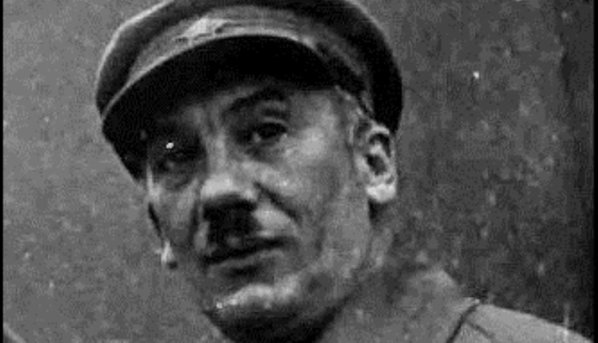 Note / SH: It should go without saying that neither Jew or Gentile, or any race / ethnicity or religion, has a special claim to evil in history: “The line separating good and evil passes not through states, nor between classes, nor between political parties– but right through every human heart — and through all human hearts. This line shifts inside us, it oscillates with the years. And even within hearts overwhelmed by evil, one small bridgehead of good is retained” —Aleksandr Solzhenitsyn, The Gulag Archipelago 1918–1956

It would be a myopic view of history for anyone to blame Cheka (secret police) Jews alone for the whole history of the Soviet Union and to try to absolve all the Russian people themselves. Stalin was not Jewish even if Lenin was. Countless Slavic and other non-Jewish Russians were complicit over the decades. And after the 1930’s very many Jews themselves became victims of Stalin and other Soviet leaders. Solzhenitsyn said, “it is impossible to find the answer to the eternal question: who is to be blamed, who led us to our death? To explain the actions of the Kiev cheka [secret police] only by the fact that two thirds were Jews, is certainly incorrect.” (January, 2003). The Secret Police were hardly alone in Soviet history. — SH

2006: Here’s a particularly forlorn historical date: Almost 90 years ago, between the 19th and 20th of December 1917, in the midst of the Bolshevik revolution and civil war, Lenin signed a decree calling for the establishment of The All-Russian Extraordinary Commission for Combating Counter-Revolution and Sabotage, also known as Cheka.

Within a short period of time, Cheka became the largest and cruelest state security organization. Its organizational structure was changed every few years, as were its names: From Cheka to GPU, later to NKVD, and later to KGB.

We cannot know with certainty the number of deaths Cheka was responsible for in its various manifestations, but the number is surely at least 20 million, including victims of the forced collectivization, the hunger, large purges, expulsions, banishments, executions, and mass death at Gulags. Whole population strata were eliminated: Independent farmers, ethnic minorities, members of the bourgeoisie, senior officers, intellectuals, artists, labor movement activists, “opposition members” who were defined completely randomly, and countless members of the Communist party itself.

In his new, highly praised book “The War of the World, “Historian Niall Ferguson writes that no revolution in the history of mankind devoured its children with the same unrestrained appetite as did the Soviet revolution. In his book on the Stalinist purges, Tel Aviv University’s Dr. Igal Halfin writes that Stalinist violence was unique in that it was directed internally.

Lenin, Stalin, and their successors could not have carried out their deeds without wide-scale cooperation of disciplined “terror officials,” cruel interrogators, snitches, executioners, guards, judges, perverts, and many bleeding hearts who were members of the progressive Western Left and were deceived by the Soviet regime of horror and even provided it with a kosher certificate.

All these things are well-known to some extent or another, even though the former Soviet Union’s archives have not yet been fully opened to the public. But who knows about this? Within Russia itself, very few people have been brought to justice for their crimes in the NKVD’s and KGB’s service. The Russian public discourse today completely ignores the question of “How could it have happened to us?” As opposed to Eastern European nations, the Russians did not settle the score with their Stalinist past.

And us, the Jews? An Israeli student finishes high school without ever hearing the name “Genrikh Yagoda,” the greatest Jewish murderer of the 20th Century, the GPU’s deputy commander and the founder and commander of the NKVD. Yagoda diligently implemented Stalin’s collectivization orders and is responsible for the deaths of at least 10 million people. His Jewish deputies established and managed the Gulag system.

After Stalin no longer viewed him favorably, Yagoda was demoted and executed, and was replaced as chief hangman in 1936 by Yezhov, the “bloodthirsty dwarf.”

Yezhov was not Jewish but was blessed with an active Jewish wife. In his Book “Stalin: Court of the Red Star”, Jewish historian Sebag Montefiore writes that during the darkest period of terror, when the Communist killing machine worked in full force, Stalin was surrounded by beautiful, young Jewish women.

Stalin’s close associates and loyalists included member of the Central Committee and Politburo Lazar Kaganovich. Montefiore characterizes him as the “first Stalinist” and adds that those starving to death in Ukraine, an unparalleled tragedy in the history of human kind aside from the Nazi horrors and Mao’s terror in China, did not move Kaganovich.

Many Jews sold their soul to the devil of the Communist revolution and have blood on their hands for eternity. We’ll mention just one more: Leonid Reichman, head of the NKVD’s special department and the organization’s chief interrogator, who was a particularly cruel sadist.

In 1934, according to published statistics, 38.5 percent of those holding the most senior posts in the Soviet security apparatuses were of Jewish origin. They too, of course, were gradually eliminated in the next purges. In a fascinating lecture at a Tel Aviv University convention this week, Dr. Halfin described the waves of soviet terror as a “carnival of mass murder,” “fantasy of purges”, and “essianism of evil.” Turns out that Jews too, when they become captivated by messianic ideology, can become great murderers, among the greatest known by modern history.

The Jews active in official communist terror apparatuses (In the Soviet Union and abroad) and who at times led them, did not do this, obviously, as Jews, but rather, as Stalinists, communists, and “Soviet people.” Therefore, we find it easy to ignore their origin and “play dumb”: What do we have to do with them? But let’s not forget them. My own view is different. I find it unacceptable that a person will be considered a member of the Jewish people when he does great things, but not considered part of our people when he does amazingly despicable things.

Even if we deny it, we cannot escape the Jewishness of “our hangmen,” who served the Red Terror with loyalty and dedication from its establishment. After all, others will always remind us of their origin. 06.12.21, Source: YNet News

— See also, Towards a Critique of E. Michael Jones

Ultimately, It was Lenin and, in particular, Joseph Stalin who committed these horrors:

Gulag: A History by Anne Applebaum